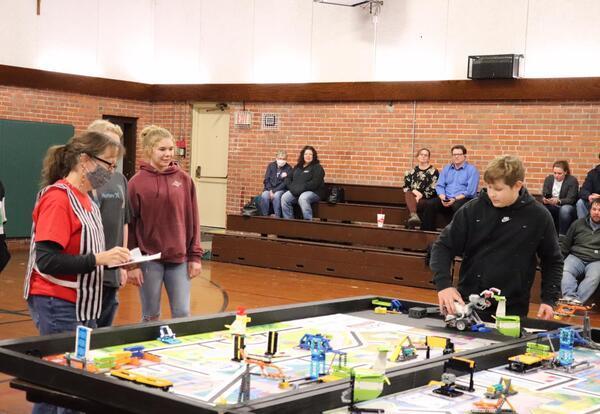 On Friday, January 7th, we held our annual robotics competition here for all 6th and 8th grade HTRS Robotics teams. All students did very well, and the top two teams overall will move on to represent HTRS at the online qualifier.

Upcoming events for Fluffy Unicorns and EDWARD, are recording Project and Robot Design for online judging by Friday, January 28th, Robot Challenge games at FCSH on Thursday, February 3rd at 6:00 p.m., and meeting with judges via Zoom in Mrs. Stalder’s room on Saturday, February 5th. The times will be announced as soon as the schedule is received.